The Best Archie Bunker Quotes Of All Time

Ask any sitcom lover and they’ll tell you that one of the greatest American television shows ever is the comedy All in the Family. The sitcom was a trailblazer, running for nine seasons from 1971 to 1979 and touching on important issues like women’s liberation, religion, and antisemitism — which were considered taboo in those days. To have these issues depicted on screen was a breakthrough for television, and what’s more, the show made it entertaining, too.

The show revolved around a white family living in New York, consisting of daughter Gloria, her husband Michael, her mum Edith, and of course, the patriarch in the center of the show, Archie Bunker. 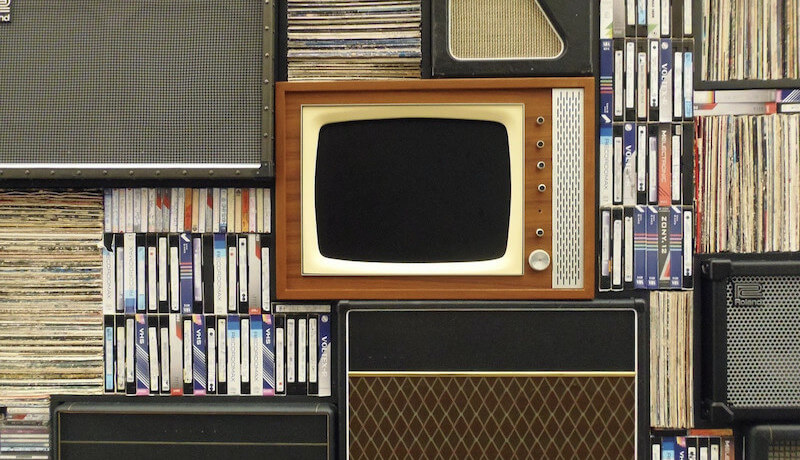 Love him or hate him, you can’t deny that his role in the show was huge. Whether you’re in for a trip down memory lane or just want to have a good laugh, here are his seven most iconic lines from the show.

Get your mind out of the gutter — we’re pretty sure Archie said this meaning “what you do in your room is strictly your own business”. Yet such suggestive double entendres were not uncommon coming from Archie’s mouth and were usually met with laughter reverberating through the audience.

Archie’s character was never deliberate in making these lines. Instead, they seemed to come around organically as part of his character’s tendencies to mix up words and phrases, and these slip-ups made it much more fun to watch.

This particular line was from the episode “Alone at Last” which aired in 1975. It was a highlight in a conversation between Archie and his daughter Gloria discussing her pregnancy and is certainly one of the wittiest jokes in the book to date… in those days modern and alternative lifestyles for women wasn’t common, which made the quote even more raunchy and funny.

Patience Is A Virgin

Mistaken with the saying “patience is a virtue”, this is again one of the many famous malapropisms on the show. Often the most memorable ones are when he mixes religious words up, such as in this case “Virgin”, which could very well refer to sisters at a nunnery. It might sound a little far-fetched, but let’s remember Archie is the same guy who refers to “incense” as “incest” and “gynecologist” as “groinacologist” over the course of the show.

It’s even funnier when you realize that his religion is as much part of his personality as his malapropisms are. He often misquotes texts from the Bible, mispronounces the name of his pastor, and rarely attends services — all while claiming that he is a religiously devoted person.

We won’t blame you if you had to think a little to make sure you heard right. Well, with other missaid phrases under his belt like “I got bigger fish to fly”, “I’m sympathizing my watch with yours” and “birth patrol pills”, we’re glad at least Arche got the phrase “sweep the dirt under the rug” half right. 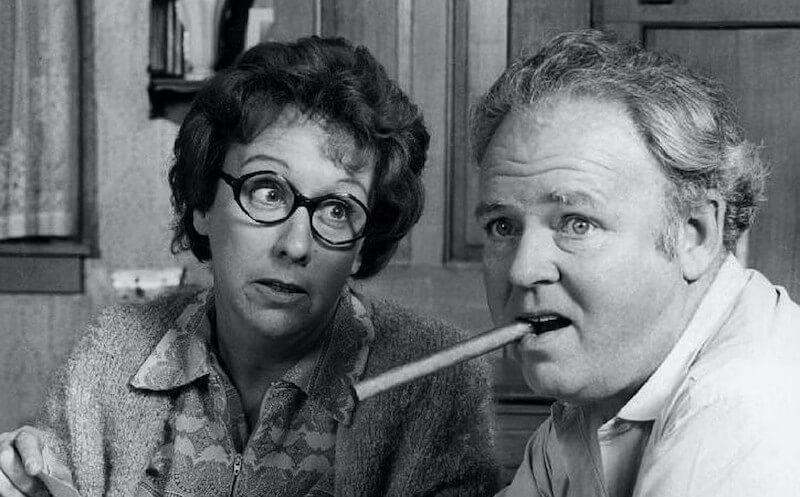 When it came to actually sweeping things under the rug, though, Archie’s character rarely turned a blind eye to things he didn’t think were right. He wasn’t afraid to argue and lose his temper to defend some of his opinions, even if they were quite questionable at times. Luckily, in the name of character development, Archie grows over the nine seasons and faces these differences head on to become a more loving and accepting person.

Meathead, Dead From The Neck Up

This might be the most iconic quote of all, right alongside Archie Bunker’s other defining quote “Edith, will ya stifle yourself?” Both hint at Archie’s bad temperament, but while the latter quote Archie refers to his own wife, our number four quote is directed at Mike, Gloria’s husband.

In fact, Archie almost never calls Mike by his name, instead calling him “Meathead”, reflecting his negative feelings towards his atheist and liberal son-in-law. He also calls Mike a “dumb Polack” at various points in the show. Initially, Mike and Gloria live with Archie and his wife, Edith, but with the constant berating they end up moving out — but just next door.

Now this masterpiece of a quote displays Archie Bunkers’ wit and dimwittedness at the same time. His mistake is in the second part of the quote, where he says Cleveland instead of Chicago. But fix that, and Archie seems pretty smart after all.

What he means is that one can be sorry for causing a horrible situation, but the horrible situation still remains. Literally, Archie refers to the Great Chicago Fire that happened in 1871, which was rumored to have been started when a cow kicked over an oil lamp. And this cow was said to be on, you guessed it, Mrs. O’Leary’s farm. Turns out Archie does occasionally have a bright thought after all.

We Better Not, Ya Know, Kill Our Chickens Before They Cross The Road

Another one of Archie Bunker’s brilliant but non-brilliant quotes that shed light on some of his wisdom and puts a smile on our faces at the same time. It’s similar to the other chicken saying about not counting them before they hatch, but twisted into an Archie classic that’ll stay in our minds for a long time to come.

Speaking of farm animals, Archie also makes a similar quote with sheep this time, saying “The Lord might be smilin’ on the sheep, but they still wind up as lamb chops”. We get it, Archie, everything’s inevitable.

In case you couldn’t tell, in this quote Archie Bunkers is trying to say “perfect English” in his less-than-perfect English. Adding to the incredible irony is the fact that he spits it out in a rant… about English-speakers. To quote, he actually says “No bum that can’t speak poifect English oughta stay in this country – oughta be de-exported the hell outta here!” 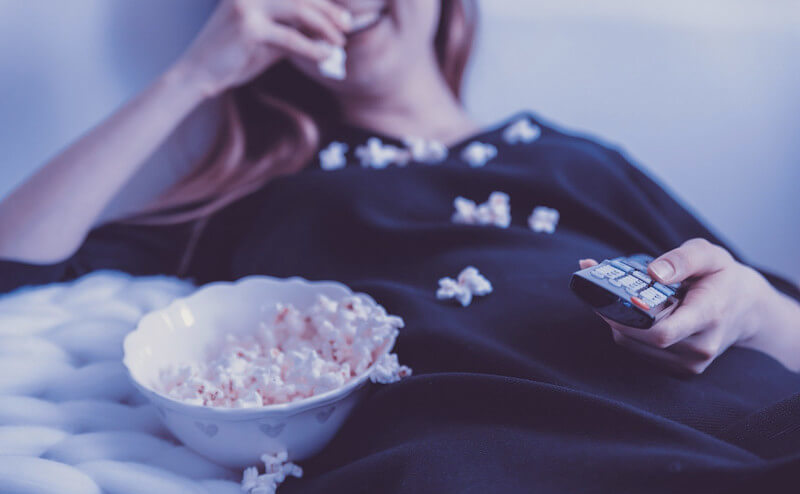 Well, Archie, that sentence alone had enough mistakes to send us into fits of laughter. We’re not going anywhere, and luckily, neither are you. Here’s a fun fact: Archie’s chair from the show actually resides in the National Museum of American History permanently, solidifying his influence on American television forever.

The Catch Phrases That Made The Show Famous

To sum up, Archie Bunker’s presence on the show was truly one-of-a-kind, and these quotes are just a few of those that defined his on-screen personality. He could be crude, standoffish, and even defensive, but all in all he’s a decent character with growth and wisdom to match.

But of course we cannot just leave without listing a whole bunch of other funny Archie Bunker quotes, the show did air for many years and because of that there are plenty more quotes to come.

15 More Memorable Archie Bunker Quotes From All In The Family

Buy one of them battery transvester radios.

It’s too late Edith, my bus has sailed.

Everyone I like stays the hell away from me.

Up the creek without a saddle.

Making suppository remarks about our country.

I’m sympathizing my watch with yours.

Why don’t you take a high dive into the clam drip?

She caught a touch of laryngosis from the smoke.

She takes everything I say out of contest.

Edith, hold it! You are invading the issue.

This is only a little mispensation.

Gonna take all of my thinking and all of my consecration.

Wouldn’t have to live in miscomfort.